by KRITIKA CHETTRI
DORJEE T LEPCHA, a small frail man, would sit in his rented house above the public toilet drawing sketches of the life that went on in this part of the haat bazaar in Kalimpong. This same artistic skill was to fetch him the Parijat Paryawaran Puraskar for his comic book called Bancharo, about a frail orphan kid raised by ghosts in a forest swamped with illegal loggers, who goes on to attain superhuman powers. His friends at the cult literary magazine called flatFile would often say that had it not been for Tuberculosis, he would have been one of the most accomplished singers from these parts. Right from his days as a student in Kalimpong Government High school, he had been writing, composing, giving voice to his songs –
Aljhi day samai ko dhara
Khojna day malai kinara
Mo yasai chu besahara
Ya khushi laija Ya mero joban
Ani chahana le hareko mann.
Later when TB left him unable to voice his songs, he would still not give up on music and picked up the guitar. Through lifelong he would remain possessive of his compositions.
Some would remember him from the famed Kalimpong chess competition where he had reached the finals along with his friend Anmole Prasad. The game went on for two whole days when the committee man got impatient and left. Later we heard Dorjee went on to beat his opponent and become Kalimpong’s chess champion. This zest for life did not diminish even when the TB got incurable and he had to face an untimely death at forty six.
As a student and teacher of literature he has translated some of Indra Bahadur Rai’s short stories for the volume entitled Gorkhas Imagined. A regular contributor to the now defunct literary magazine, flatFile, he would write stories full of humour and wit. The following short story gives a glimpse of life during the agitation of the late eighties in the hills of Darjeeling. While there have been a fair number of fictional narratives on the agitation right from Kiran Desai to Prajwal Parajuly, Dorjee’s story is unique, in that it is told from the point of view of one who has observed the lives of simple everyday folks and their personal trials and tribulations in being associated with the movement. In other words, he comes across as an insider to this world as he poignantly paints its disruption.
Posted by Sikkim NOW! at 5:27 PM No comments: 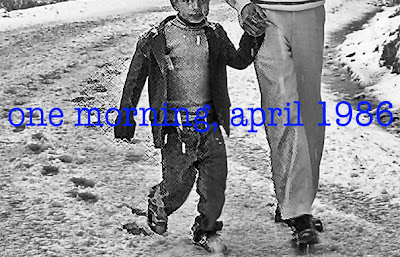 
WHEN SEVEN-YEAR-OLD PHURCHU WOKE UP, he was surprised to find his father watching over him, gravely.
Phurchu had a bed that creaked whenever he moved, reminding him of his grandfather who had this unnerving habit of grinding his teeth, whatever were left , for no reason. But his father had taken care not to rock the bed when he sat on it. From his bed, Phurchu could see his mother in the kitchen, sitting on a mura, crying.
He wondered why…

On the Mail Route to Tibet 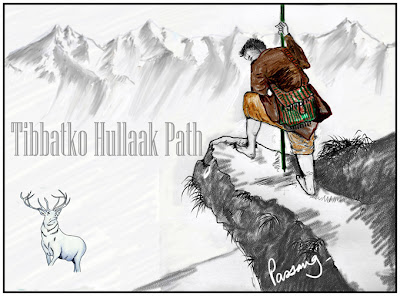 This story is not of the present times, it’s from before Independence; from a time when trade between Tibet and India used to move from Bengal’s northern border town, Kalimpong. Those were the days of the British; China had not yet been able to swallow Tibet. Kalimpong had developed into the focal point of the Indo-Tibet trade. The town used to receive bales of wool and rolls of carpets from Tibet and send up pulses, rice, salt, and cooking oil, in fact, all essential commodities, to Tibet. The mule trains moving out of Kalimpong would pass through Sikkim’s Rangpo, Gnathang and pass into Tibet’s Chumbi valley to reach Lhasa. When the caravans moved, the chirling-chirling, ghontyang-ghontyang of bells chained around the necks of the mules would float to distant dales, across ridges and hills. This story is from the time when, with one of these mule trains, Kuley arrived at the Sikkim-Tibet border town of Gnathang.